The Missouri S&T Police Department supports the campus community in fulfilling its commitment to teaching, research, and service by providing a safe and secure environment for students, faculty, staff, and visitors in partnership with all members of the campus community.

We adhere to the following values:

Duties of the university police include, but are not limited to preventative patrols, the investigation of crimes, crime prevention through active campus involvement, service to students and others in emergencies, special event coverage, overseeing parking lot operations, and the enforcement of state laws, city ordinances, and university rules and regulations.

The Missouri University of Science and Technology Police Department has played an important role to the Missouri S&T campus community and indirectly to the City of Rolla since its earliest inception as a watchmen service in 1952.

The Missouri University of Science and Technology Police Department came into existence in 1971. Prior to that year, the department was called the Traffic Safety & Security Department. The Traffic Safety & Security Department in the 1950's and early '60's consisted initially of one full-time employee whose primary duty was to enforce University parking regulations on campus parking lots. This employee worked during the normal daytime operating hours of the University and doubled as a chauffeur for Curtis L. Wilson, Dean of the School of Mines at the time. This employee was not commissioned, uniformed, or armed.

In the spring of 1967, the University hired its first full-time police officer. It is important to note that from this point on the University began commissioning employees of the Traffic Safety & Security Department as police officers. The commissioned personnel of the Traffic Safety & Security Department were both uniformed and armed. The uniforms of the day looked similar to that of a conservation agent, which consisted of green pants and a light gray shirt. The officers were armed with .38 caliber Smith & Wesson revolvers.

Origins of the University watchmen date back to about 1952, and were originally part of the University's Physical Facilities Department. Some of their original duties were to check boilers, the steam tunnels, and the buildings themselves for safety hazards.   Gradually the watchmen took on more and more security oriented duties. In March of 1967, the watchmen were transferred from the control of the Physical Facilities Department to the Traffic Safety & Security department. Around 1976, the "Watchman" title was changed to that of Security Guard.

A significant change to the University Police Department occurred in 1992, when the Department created the Campus Service Officer program. This program was originally created for two purposes. The first purpose was to establish a student escort service. The second purpose was to give the department more personnel in some of its routine functions such as maintaining security foot patrols on campus, assisting with special event coverage, and helping to enforce parking lot regulations.

Currently, the University Police Department is composed of 24 full-time employees, including 12 sworn officers, 6 security guards, 3 administrative assistants, one parking supervisor and two parking service officers. In addition to the department's full-time personnel, the department employs 9 students who work on a part-time basis as Campus Service Officers. The command structure of the sworn personnel includes the police chief, 3 lieutenants, and 8 patrol officers. Each lieutenant is charged with the supervision of one of the 3 eight-hour shifts. There are usually one to three police officers on duty at a time. The uniforms resembling a conservation agent were replaced by the department in 1974 in favor of a blue Missouri Highway Patrolman's style uniform and the officers are now armed with .40 caliber semiautomatic pistols. The role of the University Police Department is best summed up in its mission statement:

"The mission of the University Police Department is to support the campus community in fulfilling its commitment to teaching, research, and service by providing a safe and secure environment for students, faculty, staff and visitors in partnership with all members of the campus community."

In order to achieve this mission, functions of the department include selective patrol, education of the campus citizen to the threat of crime, investigation of crimes, apprehension of criminals, and advising individuals and departments on security. In addition to its primary mission statement, the department carries out several secondary missions which include enforcement of traffic safety regulations, traffic and crowd control at special activities and guard and escort of university funds and personnel.

The University Police respond to hundreds of calls every year ranging from peace disturbances to suspicious individuals to physical assaults. The University has compiled crime statistics since 1972 which in turn have been reported to the Missouri State Highway Patrol since 1989. 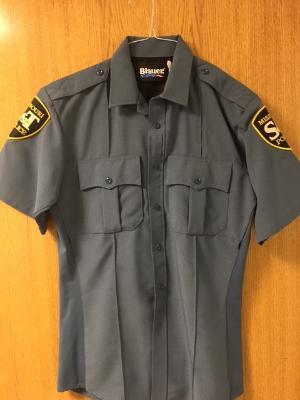 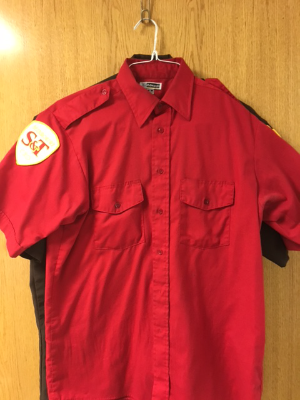 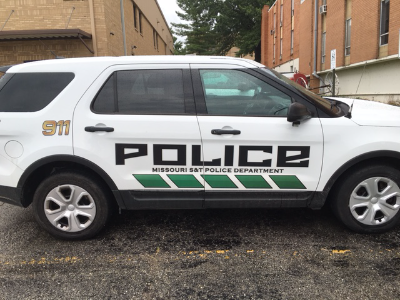 A current organization chart is available as a .pdf. You will need an up-to-date browser or a PDF reader such as Adobe Reader to view the chart.

Sgt. Brandon Guth has served with the Missouri S&T Police Department since February, 2011. Sgt. Guth will be assigned to supervise the day shift operations. Sgt. Is also a certified EMT and teaches several classes on campus including CPR, AED operation, and basic First Aid.